ATLAS STUDIOS;
A BENCHMARK IN THE CAPITAL
OF SOUTHWESTERN MOROCCO

Thanks to the construction of Atlas Studios in 1983, the region’s economy experienced rapid development.

Film production boosted the tourism economy by giving the town visibility on a global scale. In the 80s, the first movie shot at Atlas Studios was “The Jewel of the Nile,” with Michael Douglas, Kathleen Turner and Danny Devito. Next came the shooting of the 15 th James Bond film, “The Living Daylights,” starring Timothy Dalton in 1986.

With the new cinema industry, residents of the region began to have new employment opportunities as extras, set workers, translators helping employees communicate with foreign visitors, or as stuntmen or acrobats. These jobs contributed to the region’s prosperity.

At the end of the 90s, and specifically in 1998, Atlas Studios welcomed the highest-impact film shoot since its creation with the blockbuster “GLADIATOR,” directed by Ridley Scott and starring the incredible Russell Crowe.

From that point on, movie-industry professionals started seeing Ouarzazate as the African movie capital, nicknaming it “OUARZAWOOD.”

Since then, Ouarzazate has become a destination for major cinema professionals like Martin Scorsese, and has been visited by international stars like Samuel L. Jackson, Jean-Claude VanDamne, Ben Kingsley, Nicole Kidman, Brad Pitt, Jean Paul Belmondo, Leonardo Di Caprio and many others… 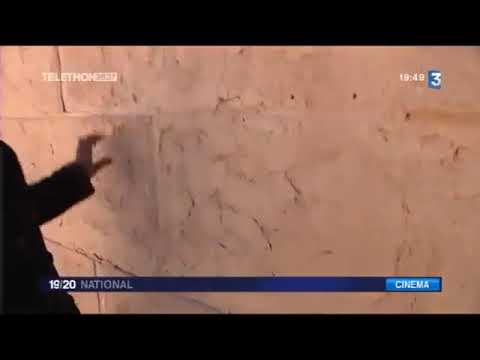